Nicole M. Forrester is the Director of Intergovernmental & Philanthropic Partnerships for CSIRO. An Australian diplomat, industry adviser, international non-profit CEO, and Indigenous community advocate, Nicole’s passion is to help Australia, the U.S., and the Asia-Pacific countries work together with public policy programs and initiatives. 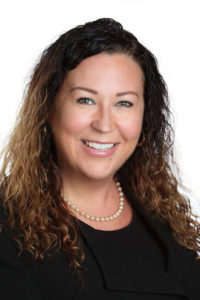 She is frequently at the center of discussions on how innovative multidisciplinary research, science, and technology can solve challenges in North America and across the globe.

We sat down with Nicole to better understand her role and what a typical day can be. Spoiler alert: there is no such thing as a typical day.

Question: Why does CSIRO have a representative in Washington, DC?

The USA research and development enterprise is vast and complicated yet ripe with opportunities. U.S. government departments like DARPA, DOE, and Department of Defense have multi-billion annual research budgets focused on breakthrough and long-term invention and innovation.

It’s critical to have a knowledgeable and trusted CSIRO representative on the ground who understands the U.S. government, multilateral, and philanthropic landscape. An integral part of the D.C. community, I spend my day learning about the priorities of different agencies and building networks. Access to those networks and influencers is a game-changer in educating U.S. research decision-makers on how CSIRO’s 5,000 deep research capabilities can help them achieve their goals.

It’s all about building relationships over time. Success can’t happen by flying in now and again.

Question: What is a typical day?

First of all, there are no typical days! This job is the most diverse I’ve ever had.

I can start a morning at the U.S. Department of Agriculture talking about invasive species management, followed by a discussion on our hydrogen research at the Department of Energy with an afternoon meeting at NASA to talk about autonomous robotics, followed by the Secure World Foundation to discuss space sustainability before heading to the Australian Embassy to co-host a science or innovation themed event for an international audience.

The breadth of CSIRO’s work is relevant to a multitude of U.S. Government agencies and multilateral institutions like the United Nations, development banks, and philanthropic foundations. The rewarding part is collaborating with various stakeholders to identify how CSIRO can be an innovation catalyst and push the limits of science and technology for a better world.

Question: How do you complement existing relationships between scientists?

I engage with the leaders of U.S. governmental agencies at a more strategic level to frame how various projects and research initiatives can move their goals and objectives forward. The most productive conversations happen at privately held workshops and meetings.

I’ve been able to showcase our capabilities to a wide range of influencers by securing invitations for CSIRO scientists to present at key events. These included a NASA Workshop on Space Food Crop Production at the Kennedy Space Center (Data61 and Ag&Food); US DOE Annual Merit Review for CSIRO Hydrogen research (Energy); a space industry VIP breakfast (CASS); a Summit on nuclear waste storage in Japan (L&W); and State Department hosted government briefings (L&W; O&A). For a CSIRO scientist (H&B), I secured U.S. Government-funded travel to travel to Washington D.C. and meet new collaborators. The outcome was new research projects which the U.S. Government is currently considering to fund.

By advocating for CSIRO across agencies, I’ve built trusted relationships with the key influencers. Creating long-term strategic partnerships for CSIRO is an accomplishment I am proud of. It showcases to Australian government colleagues how CSIRO is contributing to the global research and development ecosystem.

That’s a powerful amplifier of our work.

Question: Can you give us an example?

Liza Noonan, my counterpart in CSIRO Singapore, received an invitation from DFAT (via the U.S. Embassy Canberra) about an ASEAN Smart Cities Panel scheduled in Washington, DC. I agreed to take her place on the panel and represent CSIRO. The D61 team prepped me. The moderator was a senior leader from the U.S. National Institute of Standards and Technology (NIST). CSIRO has now started a dialogue with NIST about our Smart Cities work.

I’ve leveraged that new relationship into an invitation for CSIRO (D61) to co-publish a case study as an example of best practice in NIST’s global “How-To” Smart Cities guidelines. What an amazingly incredible profile-raising opportunity for CSIRO.

Being on the ground, in Washington, D.C. to support CSIRO US and the Business Unit teams enables CSIRO to connect all the dots. Our presence has raised CSIRO’s profile with both the U.S. and Australian governments and enabled us to be part of the Prime Minister and many other M.P. visits.

Question: What are you most proud of?

Representing Australia from abroad is a fantastic honor, representing CSIRO even more so. I’m thrilled to be leading the expansion of CSIRO’s impact in Washington, D.C.

Even after almost two years in this role, I still get a kick out of visiting Dr. Kelvin Droegemeier at the White House. Dr. Droegemeier is the lead U.S. science advisor, similar to Australia’s chief scientist Dr. Alan Finkel, who leads the Office of Science and Technology Policy in its coordination across the U.S. Government. Dr. Droegemeier is a big fan of CSIRO and very supportive of growing CSIRO collaboration with our U.S. counterparts.

Previous post:
The Changing Face of Innovation
Coming up next:
Leaders in Innovation Series: Robotics and Autonomous Systems